The Ultimate Sho(la)down. Round One.

… Or how to use statistics to prove any point you want, even if it blurs the boundaries between fiction and reality…

Welcome to the first in an entirely new feature, where I compare Shola to some of the greatest comic book  superheroes. And by ‘entirely new’, I mean based on the series I did comparing him to other strikers. 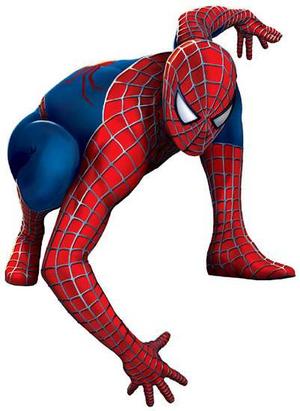 You know who this is. He may or may not play on the left wing for NUFC. Yesterday. Click image for original source.

So, without further ado, I’m gonna dive in like a toddler in a ball pool and compare them side-by-side. No expense spared.

So, there you have it folks. A decisive points victory for the legend that is Shola Ameobi. And scientific proof that he is more worthy of a Hollywood movie than Peter Parker and his magnificent spunk-shooting wrists.

For those who missed it, the Ameobi dynasty article is here – and it’s highly-recommended. By me.

2 Responses to The Ultimate Sho(la)down. Round One.